Sensor validation for loan and transport of objects

Preliminary tests have been carried out to check some key aspects of the monitoring of cultural objects during transport. Special interest was focused on the problem of vibrations associated with the handling and transport of cultural objects, as these are stressful situations for the artefacts. For this reason, the handling and transport of a canvas painting mock-up packed in a wooden crate was planned. 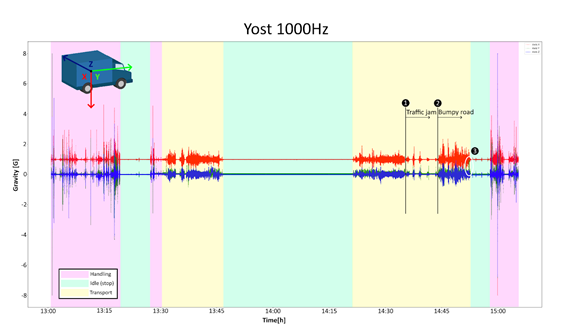 During the test, an attempt was made to cover as many situations as possible that can occur during the handling and transport of a cultural object. Therefore, the chosen route covered a highway, a highway exit, roundabouts, a city and even a bumpy road. The following figure shows the vibrations collected during the different stages, including handling, road travel, a rest stop, numerous bumps, etc. 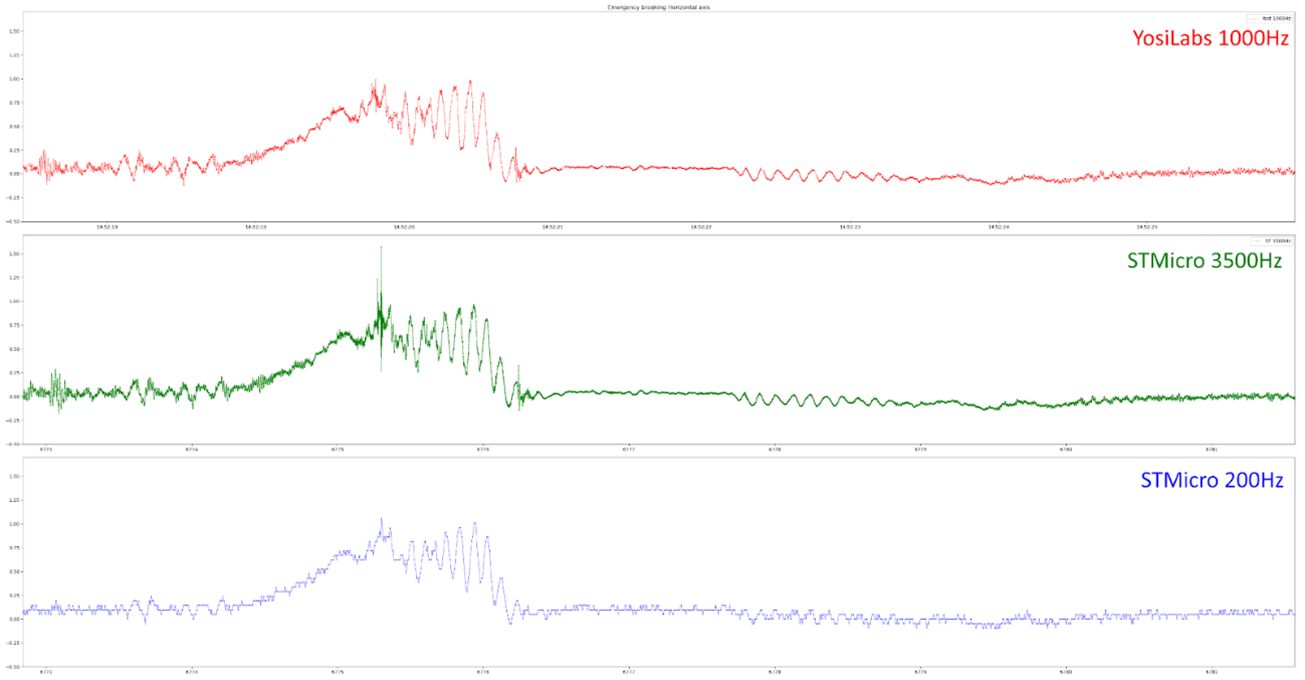 Also, as shown in the following figure, inside the wooden crate, different accelerometers were installed together with the CollectionCare sensor node to monitor the vibrations during the test. 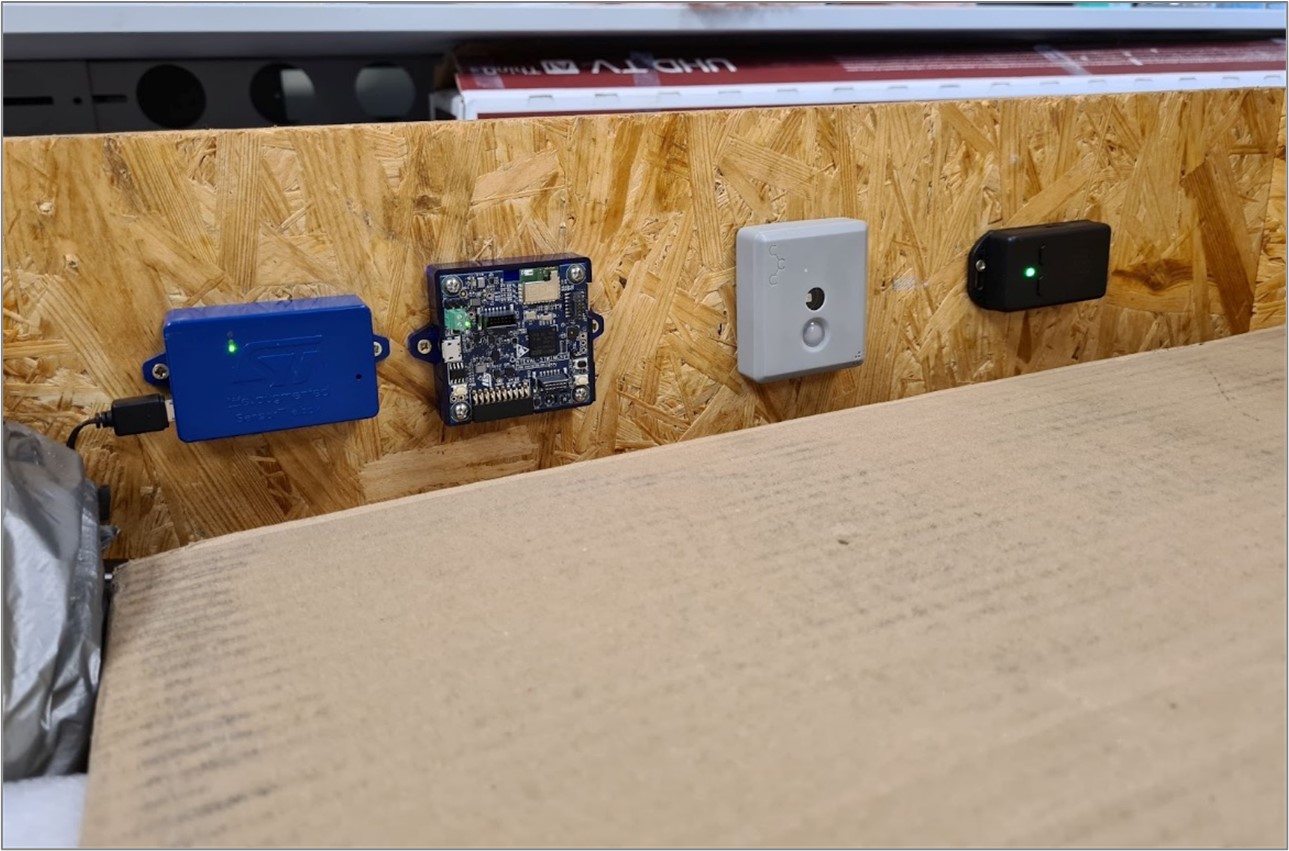 As indicated in the literature, the handling of a cultural object proved to be critical from the point of view of vibrations (and, of course, acclimatisation to temperature and relative humidity). The test proved this point when a planned emergency break proved to be less aggressive than the handling phase in which the wooden crate was moved out of the laboratory and into the vehicle for transport. 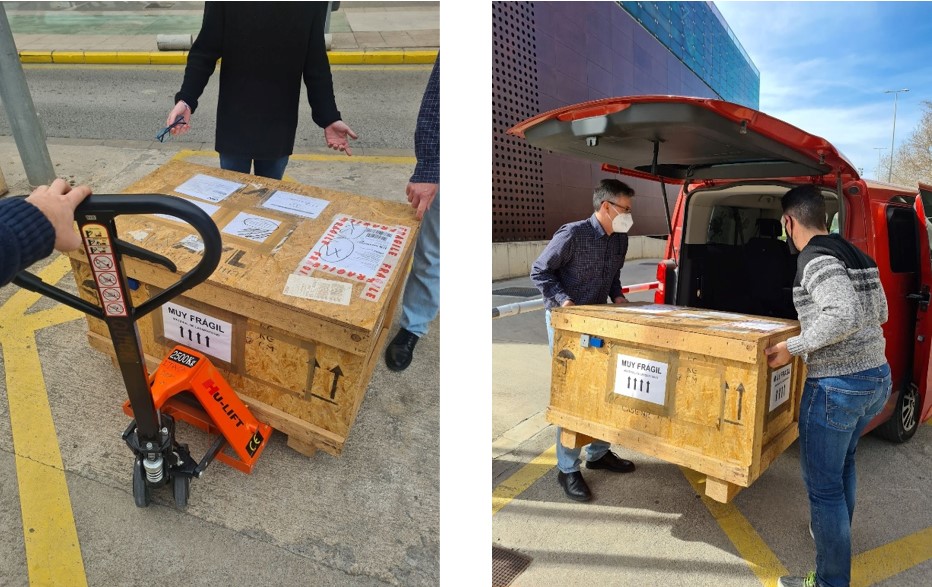